It is an old Egyptian art that combines the softness of the design and the copper roughness, t is a handmade of copper in which it was formed as like dental , they used filigree unites lighting units :Najaf Abajourat and Candlesticks, even if we open grandmothers jewelry boxes  we will see the creativity of the old industry is a treasure in our hands Shows the precision and skill of the manufacturers, this box of jewelry is a real treasure in our hand, Most of the old families were not free of kerdan or  Earing But the stamp is the art of filigree.

The word Shaftshi was named on the types of cloth Reveals what below it, The ancient Egyptian was first invented before the Ottomans and invented the idea of fabrics using the pieces of wires of gold, silver and copper woven from them the finest and most sophisticated works of technical complexity.

The technical of filigree  is based on the technique of winding metal threads very accurately to form forms resembling lace and because of its accuracy must be done manually this was the cause of the disappearance of that art except some workshops in the neighborhood of Hussein where they try to keep the art more than a century,

The well-known Egyptians added a lot of Techniques which printed the Egyptian spirit Tourists from all over the world come to get a unique piece.

) The origin of the word is a Turkish word (Shfat - Ashi

Its meaning is revealed because the shapes is always revealed, filigree is always related by drafted for making accessories for women.

Dozens of years ago, filigree workshops were widespread in Egypt, but now they have almost disappeared, because of the precision required by the profession, patience and endurance, but the new generation unfortunately does not have those qualities 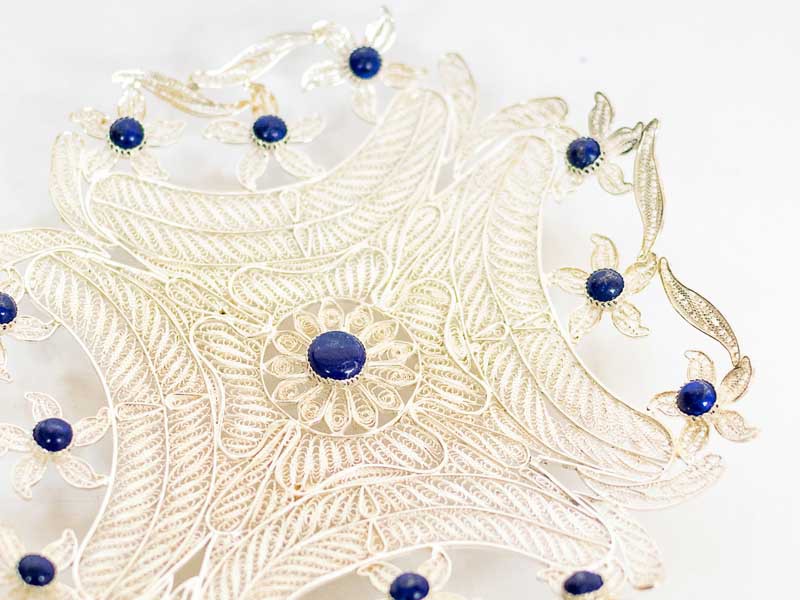